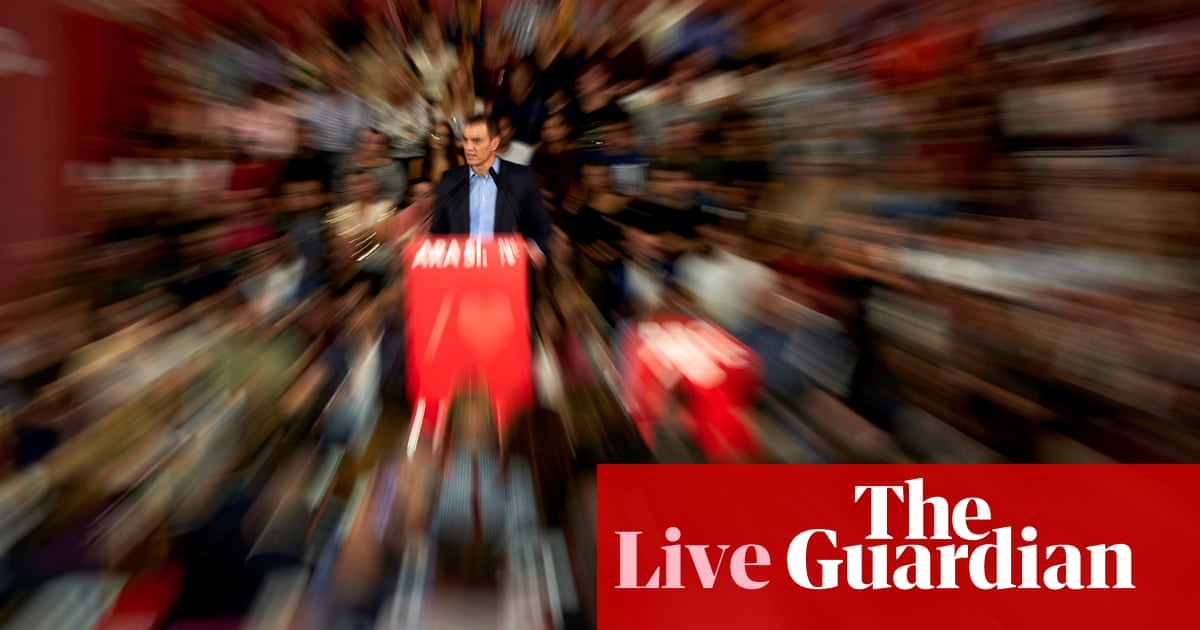 All the news, reaction and comment from Spain’s fourth general election in as many years

Teneo analyst Antonio Barroso pointing out the obvious, assuming the pre-election polls now being released prove anything like correct.

With neither the right bloc nor the left approaching a majority in parliament, Spain is headed for more deadlock and more uncertainty:

In any case, government formation is going to take time (again), and Spain might go into the Xmas break without a government

Javier Casquiero, the political correspondent of the leading Spanish daily, El País, does the sums from public broadcaster RTVE’s poll:

In the worst case scenario, the right – the People’s party, Vox and Citizens – would win 157 seats of the 350 in parliament, and in the best case 166.

The left – the PSOE, Podemos and its breakaway party Más País – would have 147 seats in the worst case, and 156 in the best.