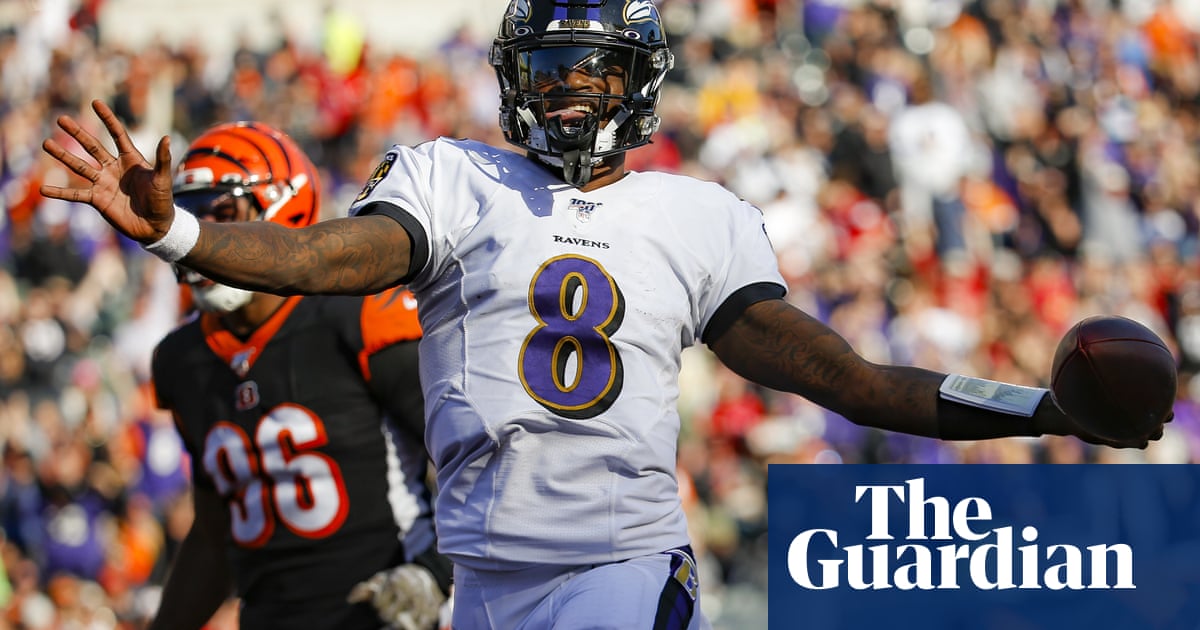 Lamar Jackson threw for three touchdowns in a near-perfect passing performance and added a sensational 47-yard scoring run, Marcus Peters got his third pick-six of the season – this one off rookie Ryan Finley – and Baltimore won its fifth in a row, routing winless Cincinnati.

The Ravens (7-2) followed their eye-opening victory over the previously unbeaten Patriots by quickly pulling away from the NFL’s last winless team.