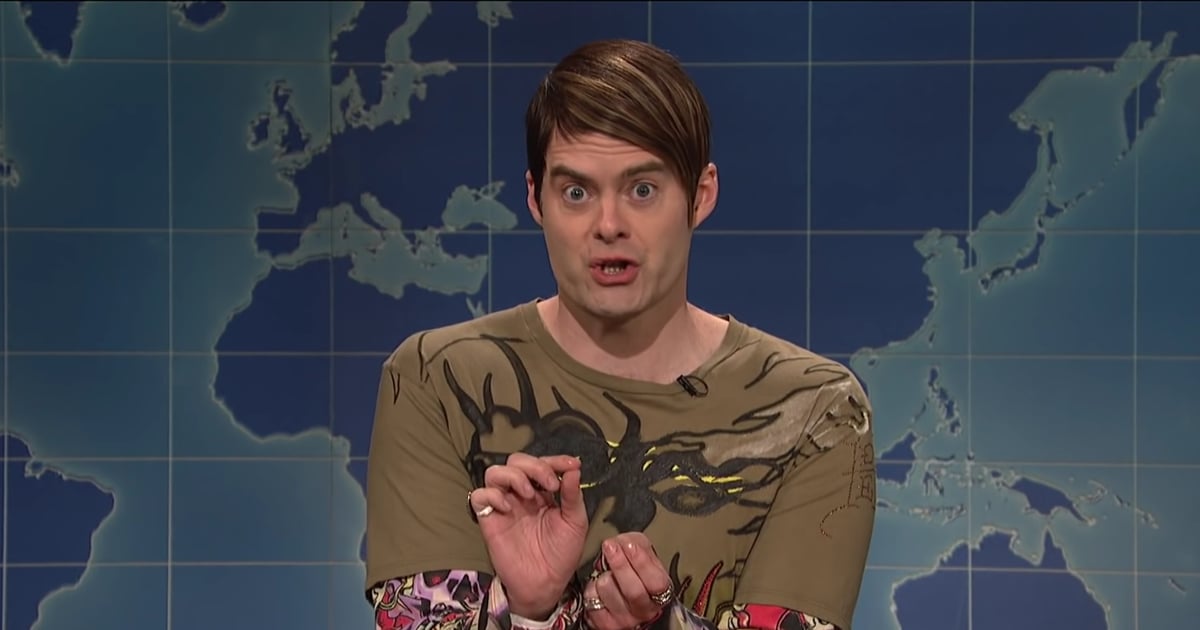 Before he became a troubled hitman on Barry and literally Santa Claus in Noelle, Bill Hader blessed us with his firecracker performances on Saturday Night Live. Hader has put forward many iconic impressions, but we'll always remember him as Stefon on Weekend Update. You can't really forget a giggly city correspondent with a mid-aughts pop-punk aesthetic and the vernacular of a depraved Mad Libs fever dream. Particularly one who brought upon a romantic brawl between Seth Meyers and Anderson Cooper.

In a new interview with Esquire, Hader thoughtfully pointed out that not all of Stefon's jokes were carefully considered, especially his recurring gag about "midgets." The show's writers became aware of this in later years - in a recent episode where the comedian hosted the late-night comedy show, Stefon consulted his lawyer Shy (John Mulaney in a latex costume) about a more sensitive term - they landed with "little people."

But holistically, Hader's breaking, mannerisms, and dark jokes as this club kid are often very funny and more absurd than offensive. In fact, Stefon has given us some of the very best recent Saturday Night Live bits. To see our favorite Stefon moments and learn all about the hottest clubs in New York, scroll ahead!