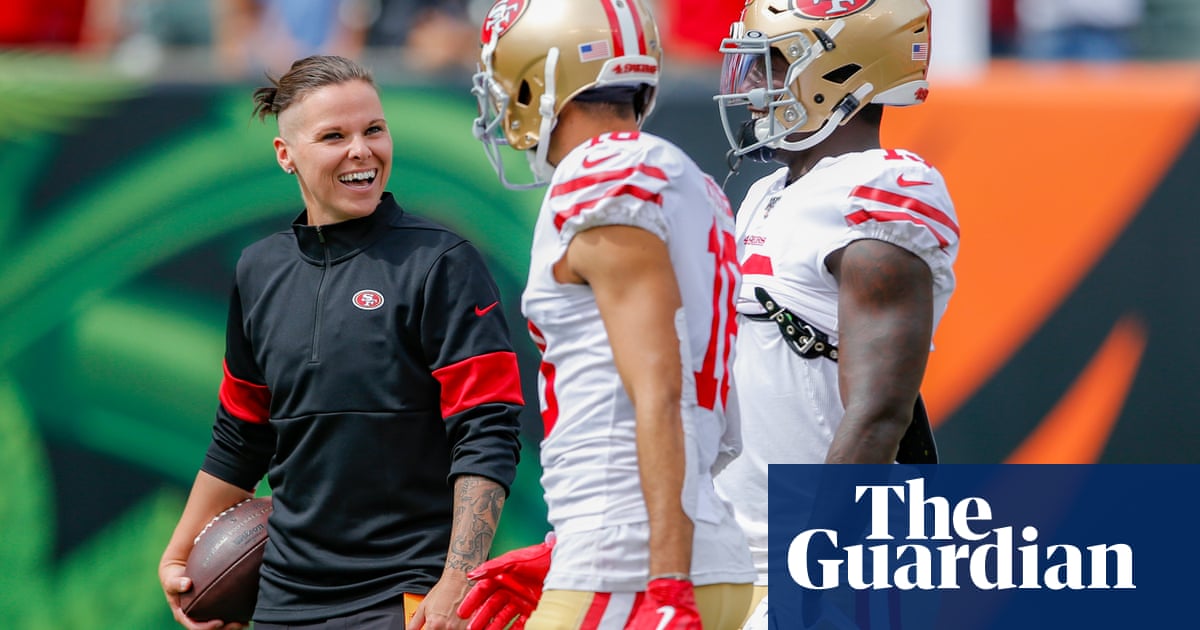 Katie Sowers: 'The 49ers didn't hire me as a coach to make a point' squib

As part of the San Francisco staff, Katie Sowers has helped the team get within one win of the Super Bowl. She also has plans away from the field

Back in October, moments before the 49ers embarked on their Monday Night Football clobbering of the Cleveland Browns, a group of 49ers assistant coaches crammed into an elevator and headed up to their box at Levi’s Stadium. The elevator was silent; befitting of the game’s magnitude. About halfway up the ride, one of the coach’s phones buzzed, setting off his ringtone which, in a prophetic moment, happened to be DJ Khaled’s All I Do Is Win. Laughter ensued and the camaraderie of the assistant coaches was on display. It’s a promising crew that resembles most other NFL set-ups … with one notable exception.

Turn on any American network television show these days – be it a sporting event or The Bachelor – and it won’t take long for an omnipresent Microsoft commercial featuring an emerging 49ers coach to appear. The spot’s central figure is not head coach Kyle Shanahan, whose offensive wizardry has San Francisco one win away from a Super Bowl berth. Nor is it fiery defensive coordinator Robert Saleh, whose sideline antics have become social media fodder this season.