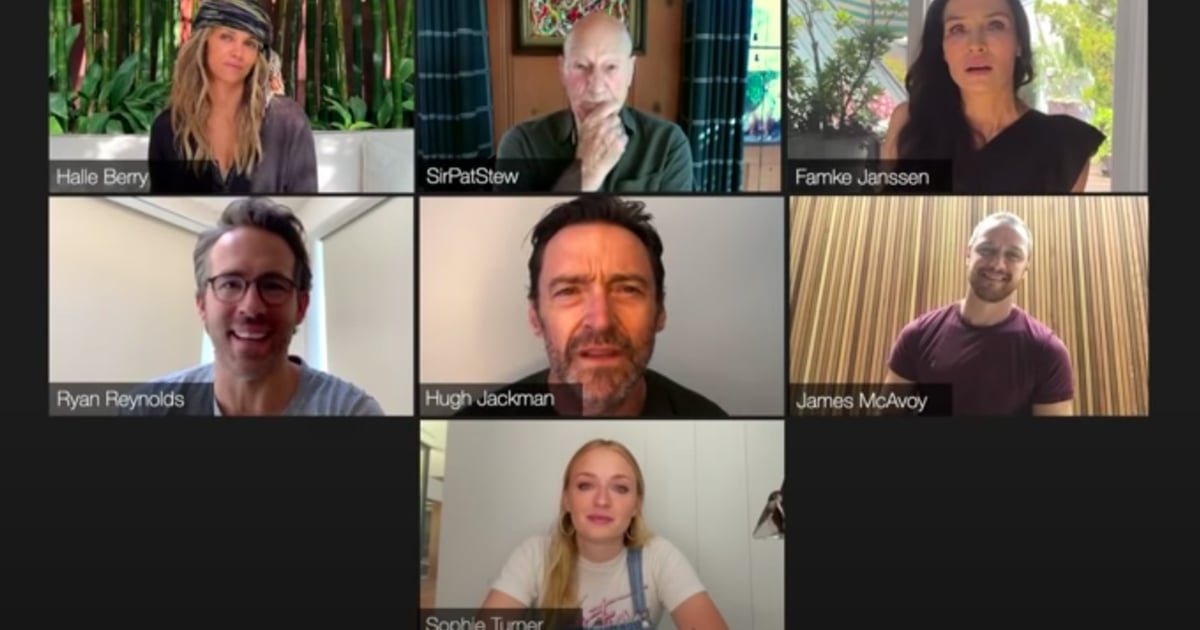 The X-Men Cast Had an Epic Reunion, So Naturally, Ryan Reynolds Had to Crash squib The cast of the X-Men franchise play superheroes on screen, but they recently paid tribute to the real-life heroes helping during the coronavirus epidemic. During the Global Goal: Unite For Our Future event on Saturday, Hugh Jackman, Sir Patrick Stewart, Halle Berry, Ryan Reynolds, James McAvoy, Sophie Turner, Liev Schreiber, and Famke Janssen reunited via a hilariously chaotic Zoom call. The video started with the original X-Men jumping on the call, before Reynolds went full Deadpool by crashing the chat and inviting a few other people to join. In Turner's defense, she actually thought it was a Game of Thrones reunion. Naturally, the video call ended with frenemies Jackman and Reynolds awkwardly chatting, before another cast member made a quick cameo.

The star-studded event also included appearances from Billy Porter, who spoke on the importance of fighting for social justice, as well as performances from Chloe x Halle, Jennifer Hudson, Miley Cyrus, and John Legend. Watch the fun X-Men reunion in full above.