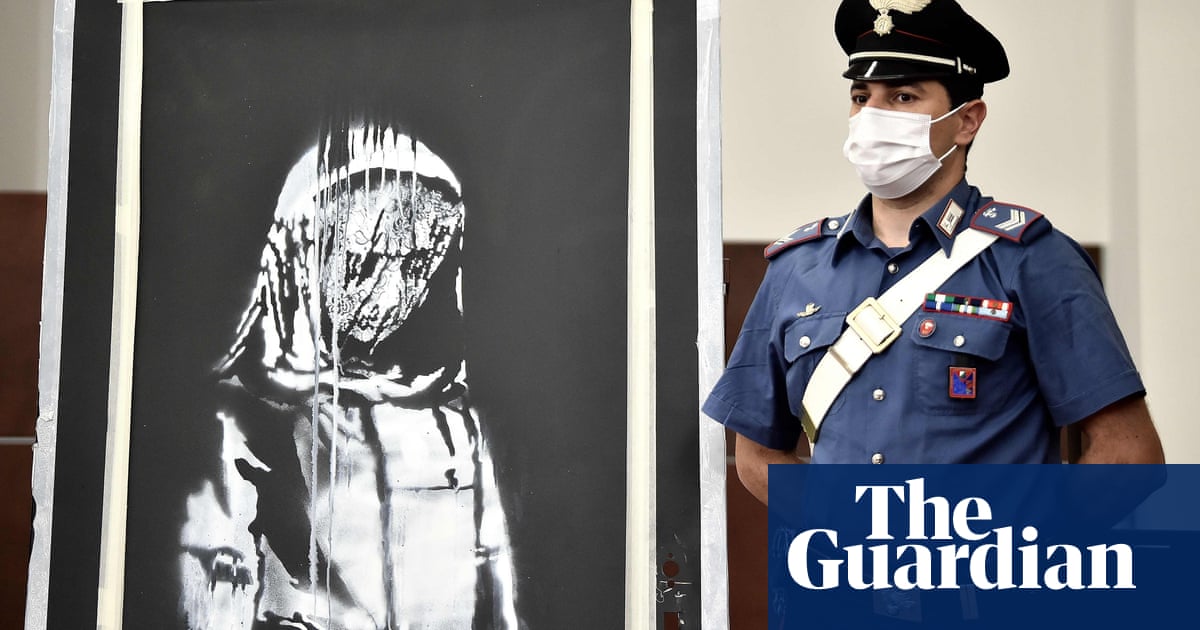 Police have arrested six people in France over the theft of a work by the British street artist Banksy that commemorated the victims of the 2015 terrorist attacks in Paris.

Thieves used an angle grinder to remove the mural of a mourning girl from a steel security door at the Bataclan concert hall, where 90 people died during a wave of shootings and bombings across the city that left 130 dead.